The late ‘60s and early ‘70s were a time of social unrest in the United States, and black Americans were a major part of the uprisings against systemic discrimination and inequality. While many black activists were challenging the societal norms that perpetuated racial oppression, they were also reclaiming pride in their own heritage – and producer and songwriter Teddy Vann was one of those activists. His ’73 single ‘Santa Claus Is A Black Man’, featuring his five-year-old daughter Akim, has been rightly described as “merging African-American empowerment with the spirit of the holiday”.

Vann was astoundingly prolific and multi-talented; although largely self-educated, he was considered “a mathematical and musical genius”. He started his musical career as a performer, gaining enough attention with the ballad ‘The Lonely Crowd’ to be booked onto the American Bandstand TV show, but he eventually decided that he preferred writing and producing. He wrote and co-wrote dozens of songs, the most successful of which was Johnny Thunder’s hit ‘Loop de Loop’, also covered by Bobby Rydell and Frankie Vaughan. Vann later wrote several singles for the Bobbettes, as well as producing most of their singles between ’60 and ’65. In ’66, Vann single-handedly created the album The Adventures of Coloredman, a comedic tale of a black superhero that was narrated by a pre-Darth Vader James Earl Jones. Vann wrote the story and the songs, arranged and produced the entire record, and even painted the cover art himself. In ’68, he wrote and produced ‘The Year 2000’, the apocalyptic solo single by former Ronette Estelle Bennett, who was also his wife’s sister-in-law.

Vann called himself a “born-again African”, and he was one of the first people in New York City to organize celebrations of Kwanzaa, the year-end holiday created by African-Americans in the mid-‘60s to honour their African cultural roots. Vann also mentored disadvantaged and at-risk youth in his neighbourhood, using basketball and chess to teach them strategy, leadership, and teamwork.

According to Akim, her father, a lifelong civil rights advocate, wrote ‘Santa Claus Is A Black Man’ because he was bothered by the almost complete absence of black people in popular images of Christmas. Jolly old Saint Nick, heavenly angels, happy families gathered around the tree or at the festive table – all of them were usually depicted as white. Vann wanted to counteract the implicit message this conveyed to young black children: the message that, in Akim’s words, “everything that’s fun and good and happy is in the white image. Everything that’s magical and special is always in these images that don’t look like us.”

Vann was certainly not the only black artist to create a socially conscious Christmas song – see, for example, James Brown’s ‘Santa Claus Go Straight to the Ghetto’ – but ‘Santa Claus Is A Black Man’ was distinctive because it was aimed at children, reflecting Vann’s commitment to bringing positivity to the younger generation.  The little girl in the song’s lyrics describes being awakened by a noise in the night, and sneaking downstairs to see her mom dancing next to the Christmas tree with a handsome black Santa “with an Afro and really out of sight”, and who also happens to dance just like her father. But she is convinced; Santa Claus is black, “and that’s what I’m telling you”.

When asked by an interviewer about her memories of making the record, Akim recalled “some late nights in the studio”, and going to the drugstore with her father to buy makeup so that she could be “a little browner” in the photo on the album cover. She and her two siblings were lighter-skinned because their mother was Chinese, and “I don’t think he wanted anyone to look at [the cover] and for me to be questionable.” The photo definitely captured the feisty spirit of the song, showing Akim sitting on a wooden sleigh in front of Vann dressed in a Santa costume, and both of them brandishing the clenched-fist black power salute.

‘Santa Claus Is A Black Man’ and the album of the same name, credited to Akim and the Teddy Vann Production Company, were treated by some radio stations and retailers as a mere seasonal novelty, or as being too radical for some pearl-clutching listeners. But the song gained popularity through airplay on black-oriented radio stations, and became something of a Christmas classic, regularly turning up on festive-themed playlists in subsequent decades. Vann continued his work as a songwriter and producer, and in ’92, with Marcus Miller and Luther Vandross, he won the Grammy Award for Best R&B Song for Vandross’ ‘Power of Love/Love Power’.

However, not everyone was respectful of the cultural significance of ‘Santa Claus Is A Black Man’. In 2006, filmmaker John Waters, the auteur of kitsch and shock, assembled a compilation of holiday tunes titled A John Waters Christmas. The tracks he chose for the album included Alvin and the Chipmunks’ ‘Sleigh Ride’, Tiny Tim’s ‘Rudolph the Red Nosed Reindeer’ – and ‘Santa Claus Is A Black Man’. Waters had previously declared that the song was “his favourite Christmas carol”, saying that he remembered it “from the ’70s in Baltimore, and really loving it, thinking it was a liberated song.” But Akim told a writer in 2013 that Waters only telephoned her father to ask permission to use the song when “apparently they’d already pressed up the CDs. I don’t think they thought that my dad would say no. [But] if you look at that compilation of Christmas songs, they’re funny, they’re jokes, it’s slapstick humour, and my father’s album was not a joke, and his song was not a joke.” Vann filed a lawsuit to stop the song from being included on Waters’ record, but was unsuccessful.

Vann passed away in 2009; Akim, now a mother of four, runs a bakery in Brooklyn and continues her father’s legacy of “touching young people’s lives” by tutoring students in mathematics and languages. Now that she is a parent herself, she has said, she has a greater appreciation of how visionary her father was in making ‘Santa Claus Is A Black Man’. “It’s definitely something that’s completely endearing – that he would do something so special, and that it would have such longevity.” And at a time when, sadly, the United States seems to be regressing back into an era of racist oppression, the message of inclusiveness conveyed by ‘Santa Claus Is A Black Man’ needs to be heard even more.

This site uses Akismet to reduce spam. Learn how your comment data is processed.

All material on this site is ©Fiona McQuarrie and Writing on Music 2016-22. Unauthorized use and/or duplication of this material without express and written permission from this blog’s author/owner is strictly prohibited. Brief excerpts and links may be used, provided that full and clear credit is given to Fiona McQuarrie and Writing on Music with appropriate and specific direction to the original content. 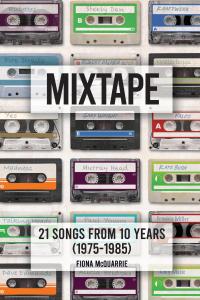